This homemade cauliflower gnocchi is a copycat version of one of my favorite Trader Joe’s products ever! It’s such an easy, delicious, and versatile meal. Serve with your favorite pasta sauce or on it’s own with a protein!

So, I no longer live near a Trader Joe’s and I’ve been dying for some cauliflower gnocchi! If you’ve tried the Trader Joe’s version, then you know it’s one of their BEST freezer items, and you can easily throw it together to have a quick, easy, and versatile meal.

I wanted to recreate an easy version at home, but only if it was comparable to the real thing. And in my (slightly biased) opinion, it’s almost identical!

When developing this recipe, I really focused only on two factors: 1) the process for making classic potato gnocchi and 2) mirroring the ingredients that Trader Joe’s uses in the frozen version.

Like I mentioned above, I based this recipe on Trader Joe’s frozen cauliflower gnocchi. Their product is made from cauliflower, cassava flour, potato starch, and olive oil. So for my recipe, I made it very similar, but did not use potato starch.

Cauliflower: The main ingredient when making “cauliflower” gnocchi! Cauliflower is such a versatile vegetable, and adds some nutrients this recipe.

Cassava Flour: If your unfamiliar, cassava flour is made from the cassava root vegetable, making it a gluten-free and paleo option. I really like cassava flour because it closely resemble regular all purpose flour in texture making it perfect for a healthier version of gnocchi.

how to make homemade cauliflower gnocchi:

Step One: Cut and boil the head of cauliflower. Add clean cauliflower florets to a boiling pot of water until fork tender (about 20 minutes).

Step Two: Drain the water and let the cauliflower cool on a clean dish towel until it’s no longer hot to the touch.

Step Three: Squeeze ALL water from the cauliflower using the clean dish towel. Use those muscles and get as much water out as you can!

Step Four: Add the cauliflower to a large food processor along with half the cassava flour. Pulse until a dough ball forms, then add the remaining cassava flour and sea salt.

Step Five: Transfer to a clean, floured surface. Divide into quarters. Using your hands, rolling the quarters into skinny “ropes” then cut the each rope into 1 inch pieces.

Step Six: Heat a saute pan to medium heat with one tablespoon of olive oil. Add the gnocchi pieces leaving room in between. Cook each side for 2-3 minutes, then add 1/4 cup water and a lid to steam for an additional 2 minutes. 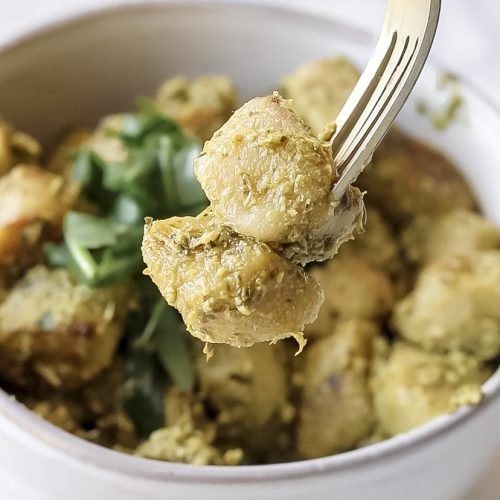 Lexi Finke
This homemade cauliflower gnocchi is a copycat version of one of my favorite Trader Joe's products, ever! It's such an easy, delicious, and versatile meal. Serve with your favorite pasta sauce, or on it's own with a protein!
5 from 2 votes
Print Recipe Pin Recipe
Prep Time 45 mins
Cook Time 5 mins
Total Time 50 mins
Course Main Course
Cuisine American, Italian
Servings 4 servings
Calories 200 kcal 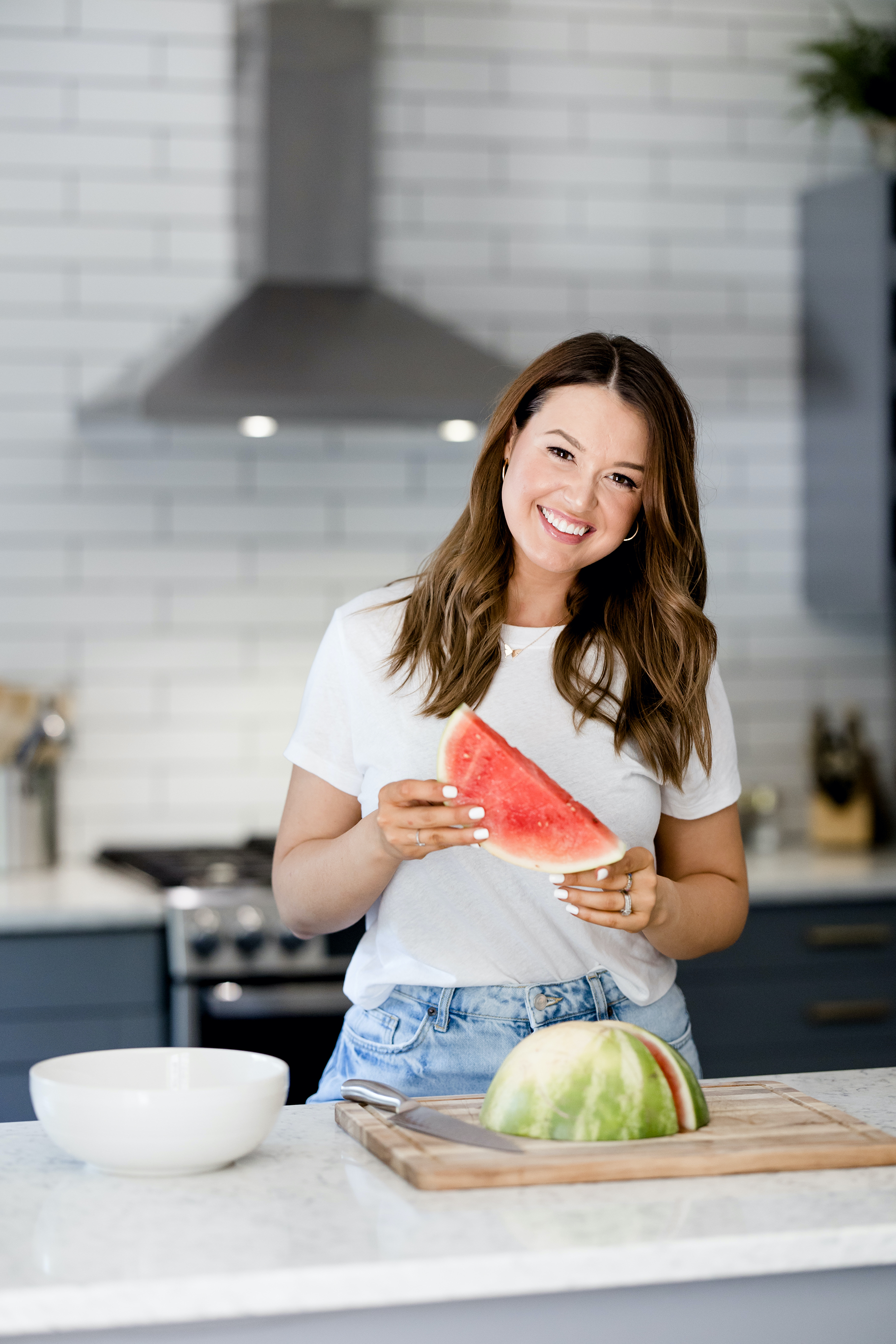 Hi, I'm Lexi! The face behind all of the recipes you see here on my site. I love creating healthy recipes that taste GOOD while also nourishing your body! My goal is to change your perspective on healthy living to show you that it can be fun and enjoyable!

fluffy oatmeal pancakes 🥞 can we take a moment

homemade flatbread with pesto + veggies! 🌱 i’

homemade juice shots (without a juicer!) 🍊 I’

cranberry orange muffins 🍊 at this time of year

take care of yourself self this week, whatever tha